Ultrafine particles (UFP) are the smallest particles in the air with a diameter from a few nanometers to 0.1 micrometer (<0.1µm). These particles are so small that after inhalation they end up directly in your bloodstream and can cause damage throughout your body.

We measured the concentration of UFP with the CPC 3007 from TSI. CPC stands for condensation particle counter. The monitor uses iso-propyl-alcohol to solvate the UFP particles so that they become large enough to be measured by the laser. The monitor measures the total number of UFP particles with a diameter of 10 nanometers to 1 micrometer. The unit of UFP concentration is particles/cm3. The linear operating range is up to 100,000 particles/cm3.

We have been able to find a measuring location where we can measure wood-burning stoves and pellet stoves. The measurements can be taken in the living room, but also at the outlet of the chimney. It is possible to measure different types of stoves at this measuring location. In this instance we opted for a computer-controlled pellet stove from 2019 and a traditional wood-burning stove from 2015 (a non ECO-design model). 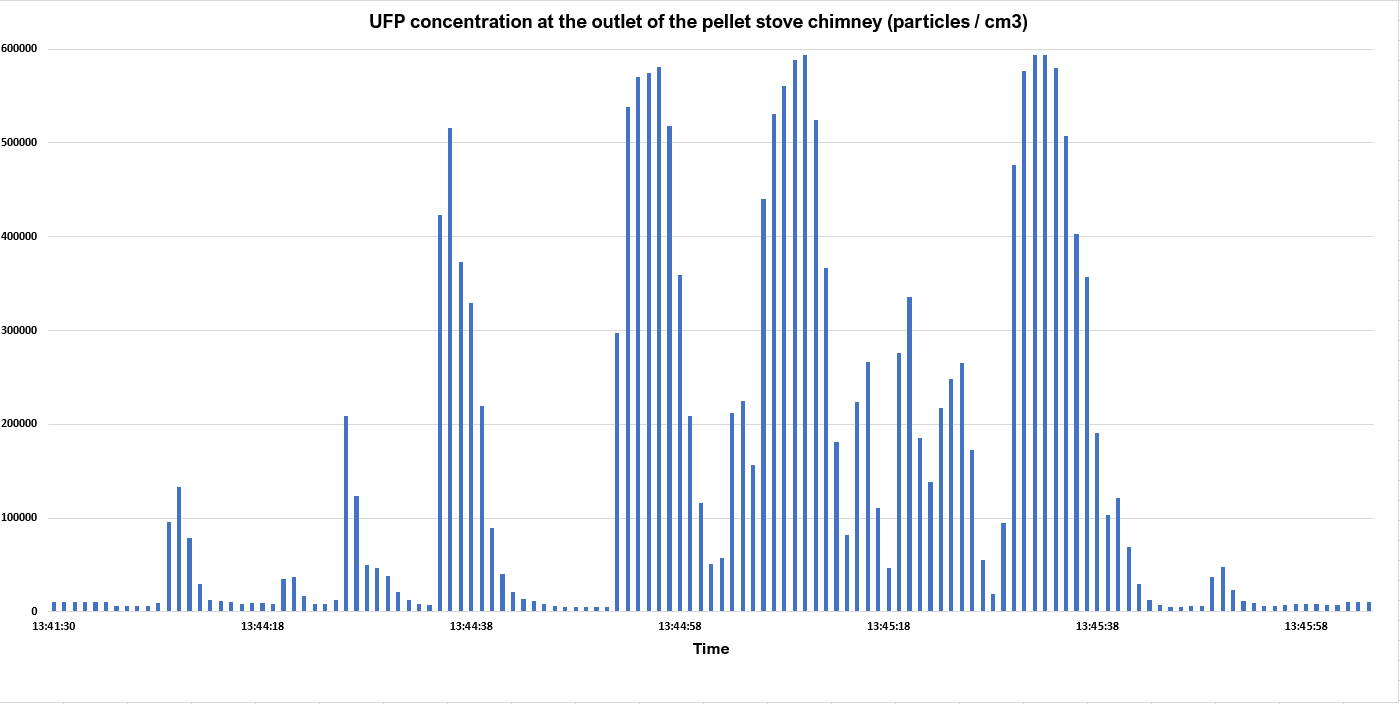 After the pellet stove it was it was now the turn of the wood stove. The wood stove is an 8 kilowatt model from 2015. Before we started the measurement on the wood stove, we ventilated the living room by opening two windows and waiting for the UFP concentration to stabilize to the background level.

The wood stove was started according to the Swiss heating method. After two logs have been added to the fire, the UFP concentration in the living room started to increase considerably. The fire became so hot that the air supply to the combustion chamber was needed to be reduced. From that moment on, the UFP concentration increased further to around 150,000 particles/cm3. After 15 minutes two more logs were added to the fire. The catalytic afterburner ABCAT was then switched on and from that moment no more logs were added to the fire. We stopped measurement in the living room for half an hour in order to carry out measurements at the chimney outlet of the wood stove. After the measurement at the chimney was finished, it was resumed in the living room.

During the burning out of the wood stove, the UFP concentration increased to a maximum of 325,000 particles/cm3. This is again an extremely high concentration. It became so hot in the living room that we decided to open two windows fully to ventilate. During ventilation, the UFP concentration slowly dropped back to the background level. The wood burning stove was not yet burnt out, a glowing ash residue was still visible.

Just like with the pellet stove, we also measured UFP at the chimney of the wood stove. We also tested the effect of different types of catalytic filters. The measurement was performed at a distance of 25 cm from the outlet of the chimney.

We were extremely surprised by the measurement results from this first experiment. We expected that we would measure high UFP concentrations but we certainly did not expect that the levels recorded in the living room would be so high, we were shocked. The plan is to repeat this experiment with other types of pellet stoves and wood stoves. We hope to be able to measure on a modern ECO design wood stove next time. Our story continues! 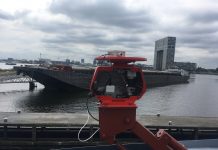 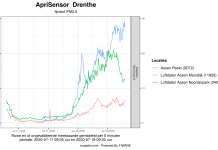 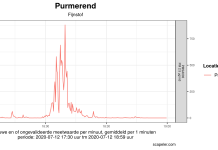